All Live Recording At My Room 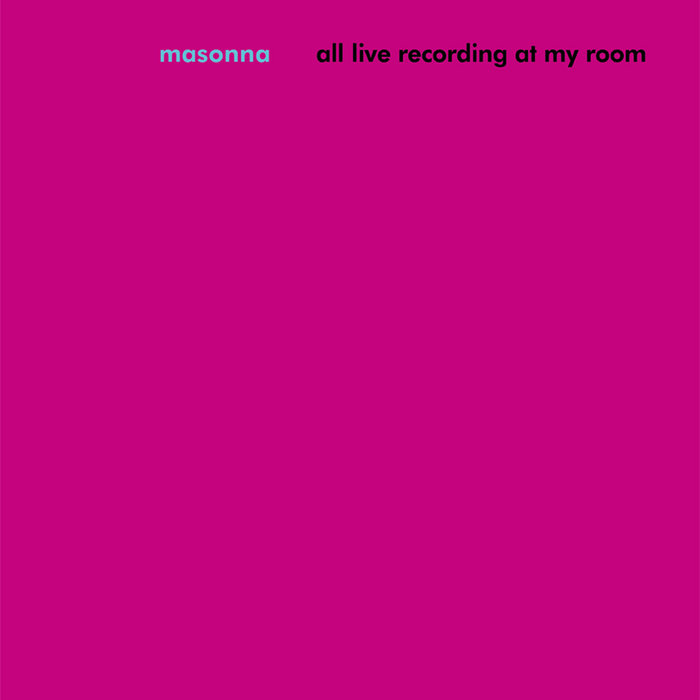 In Defence of Douglas

Cascades of electronic noise, a psychedelic touch and vocal belching mixed together constitute the ingredients of Mademoiselle Anne Sanglante Ou Notre Nymphomanie Auréolé, the double-barreled name for Masonna. Maso Yamazaki founded his project in 1987, with a charismatic and glamorous personality who become a cult figure in “ Japanoise ” scene. Predating the era of digital domination, there was a time where artist-run labels putting out primarily, if not exclusively, tapes were legion: Toshiji Mikawa’s own Pariah Tapes, Masami Akita’s ZSF Produkt, Koji Tano’s MSBR Records, Masaya Nakahara’s My Fiance's Lifework Productions, Akifumi Nakajima’s G.R.O.S.S., Kimihide Kusafuka’s Kinky Musik Institute, Hiroshi Hasegawa’s Endorphine Factory, Hiroshi Hashimoto’s SSSM and Maso Yamazaki’s Coquette are just a few examples from Japan alone. Masonna’s abundant productions on his own legendary and astonishing label were presented in very limited edition, sometime totally confidential (one sole copy), and reflect his predilection for 60’s psychedelic music revisited in its own very peculiar way. Maso Yamazaki transforms his voice into noise, feeding the microphone back through a process of extreme distortion. His shouts became clipped bursts of overloaded sound, doubled and extended by a delay that displaced the sounds into stuttered blasts of static. These vocal sounds fuse into a rattling background of harsh metallic fuzz, which was created by frantically shaking a highly amplified box filled with coins.
All Live Recording At My Room have been released in 1989 on Coquette, and now return for the first time in astonishing vinyl format fully remastered! The tracks were recorded live, at home ,with no mixing and no overdubs. Album is full of very rough harsh noise that’s mostly made up of lots of distorted screaming. This early work is very loud, noisy, and has lots of angry energy. The distortion and effects on the vocals are top notch, they in combination with his awesome screaming create a complete audio assault. Divided into two parts of fifteen minutes each that focuses an electrically overcharged universe, punctuating the electric and vocal sonorous power with some quite moments and brief interruptions, conferring a very particular dynamic to these tracks.
Controlled, gorgeous, and absolutely intense, encountered with distance, Masonna’s stunning All Live Recording At My Room stands with the absolute best of its era, and outsteps a great deal more. Chaos and noise, while direct and at ease with its own voice, it’s nearly impossible to not fall in love with this record once heard. An absolute revelation, reemerging at long last. Masonna is an emblematic figure of Japanoise, who shines by a personal approach and an immediately recognizable style. A zenith in the noisy Japanese landscape.

Inside the chaos: the God of noise!