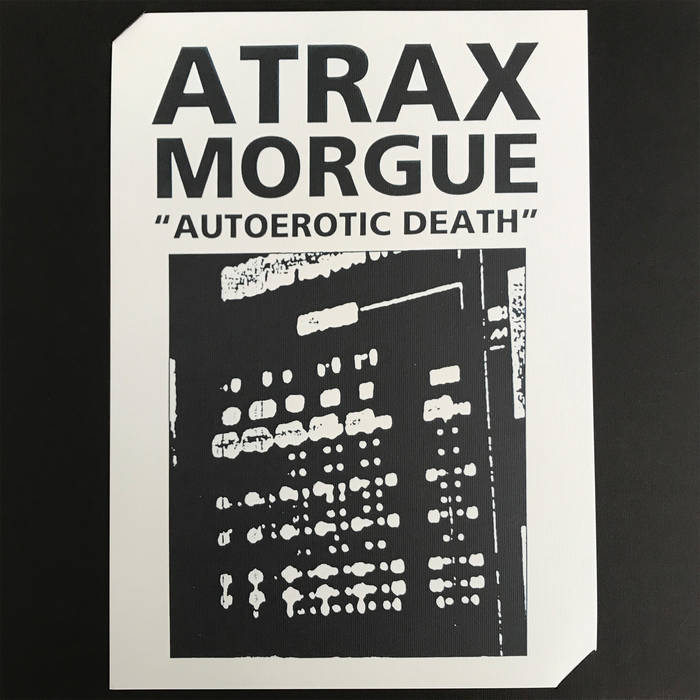 Marco Corbelli’s artistic journey began in the early 90’s. Under the pseudonym of Marco Rotula, he started to release a series of fanzines in A5 format. The first was The pleasure agony, followed by Sick and Murders. The aesthetics of these first fanzines were very sophisticated and the content deals with topics that will follow Marco Corbelli throughout his artistic career: sadism, schizophrenia, insanity, murder, psychosis, necrophilia, diseases, and most importantly death. In 1993, heavily influenced by his obsessions, he began his musical activities creating the Slaughter Productions label and the Atrax Morgue project. Greatly inspired by Italian Power Electronics act The Sodality, with their 1987 LP Beyond Unknown Pleasures and from projects as Whitehouse and Brighter Death Now, pioneers of a minimal, evil and visceral electronic, Atrax Morgue released his first tape In search of death which will be followed by a series of amazing cassettes in the following years.
In 1996, with the only help of his analog synthesizer Sequential Circuits Six-Trak, Marco Corbelli recorded four tracks of pure improvisation for the legendary noise label BloodLust! run by Mark Solotroff. The tracks are released in cassette with the title of Autoerotic Death and limited to 50 copies. The putrescence is palpable, and one could almost smell and taste the miasma of decay that pervades the entire work. The psychopathological sound is white, painful and horrific. Crosses terrifying rooms lit by neon lights, corridors filled with gruesome tools, machines of blood and bits of human tissue floating in jars of formalin. The hum of the synth is often repeated loops, where each track has a compact structure, following the main theme (of autoerotic death).