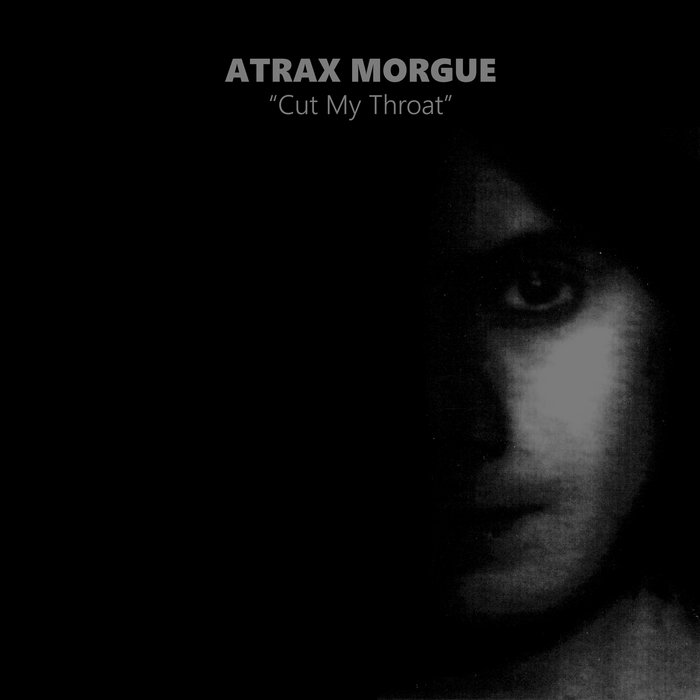 In Defence of Douglas

Marco Corbelli’s artistic journey began in the early 90’s. Under the pseudonym of Marco Rotula, he started to release a series of fanzines in A5 format. The first was The Pleasure Agony, followed by Sick and Murders. The aesthetics of these first fanzines were very sophisticated and the content deals with topics that will follow Marco throughout his artistic career: sadism, schizophrenia, insanity, murder, psychosis, necrophilia, diseases, and most importantly death. In 1993, heavily influenced by his obsessions, Marco Corbelli began his musical activities creating the Slaughter Productions label and the Atrax Morgue project. Greatly inspired by Italian Power Electronics act The Sodality, with their 1987 LP Beyond Unknown Pleasures and from projects as Whitehouse and Brighter Death Now, pioneers of a minimal, evil and visceral electronic, Atrax Morgue released his first tape In Search Of Death which will be followed by a series of amazing cassettes in the succeeding years.
Tape after tape, with the help of an analog synthesizer Sequential Circuits Six-Trak, a microphone connected with a Yamaha multi-effect, tape decks and a mixer, Marco Corbelli blows up emotions and delusions, cutting out the hard way inspired portraits of phobias and deviation. With this minimal equipment Marco has created all his shocking releases, excluding Cut My Throat, where he used the Crumar Spirit and in the latest works before he died, as for the collaboration with M.B., he also used RE-201 Space Echo (the only other machines he had used were Crumar Bit One and the Roland 909, both of which were used only for the Mörder Machine side-project).
The main manifesto of Atrax Morgue is the analysis of the death, his perfection and complete habituation: injections of death to continue to live. The putrescence is palpable, and one could almost smell and taste the miasma of decay that pervades the entire discography. Anxiety, alienation and hypochondria turn into a deep paranoia in pain. Without hesitation, the bodies are emptied, leaving the field to an electronics purulence of rare power disconcerting. The psychopathological sound is painful and horrific; creates a mental alteration that initiates brutal operation of psychic surgery, neuroses and split personality. Crosses terrifying rooms lit by neon lights, corridors filled with gruesome tools, machines of blood and bits of human tissue floating in jars of formalin. The hum of the synth, the roar of noise and fights razor are often repeated loops, where each track has a compact structure, following the main theme (of death).
Marco Corbelli’s Atrax Morgue is anxious and psychotic side of the electronic noise; he is a sinister, synthesizer-based jarring project, rich with pulsating tones and throbbing static beats. His severely distorted electronic voice reverberates through the fore ground like the spoken word performance of a homicidal maniac while the music beneath affords a suitable and macabre adieu for your deceased soul. This is the sonic equivalent of regulating the blood flow through a severed jugular, the life slowly draining, the hands kept warm and strictly in the process …
Marco sadly left this world committing suicide by hanging on 6th May 2007.

"So, obsessions have found a way to come out. Through violent and cold analogue electronic sounds, and my own voice."
Marco Corbelli